Past the tulip fields in south Holland, between Amsterdam and The Hague, the seaside town of Noordwijk has a separate dog beach for wild gambols by the North Sea. There are walking routes for human-canine bonding, and pooch-friendly restaurants and lodgings, including Take2 Beach & Bungalows, near the entrance to the dog beach. 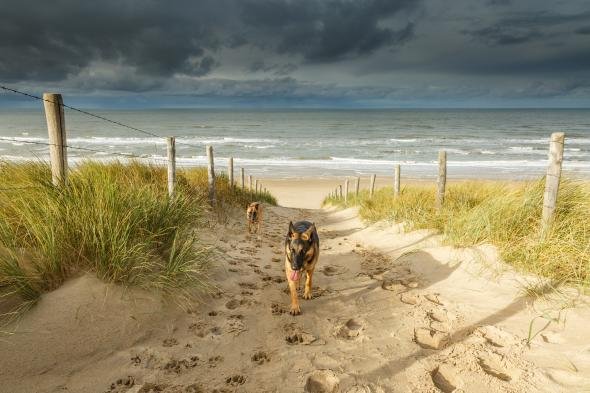 The municipality of Noordwijk consists of the communities Noordwijk aan Zee and Noordwijk-Binnen, separated by a narrow green belt.

Besides its beaches, Noordwijk is also known for its bulb flower fields. It is located in an area called the “Dune and Bulb Region”.