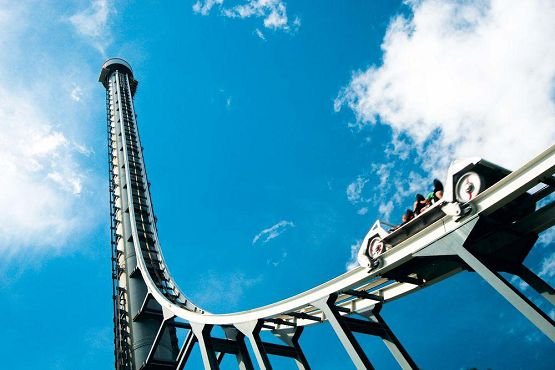 The first “tower of terror”, opened in 1997, managed to scare more than 8 million Australians, and in 2010 was started again and became even worse.

Push Along leave the tunnel and 7 seconds get to the top of a vertical tower with a maximum speed of 161 km / h. On top of the 35 meter high tower they hang for a moment, and then fall down in horror.